Starting out with outdoor cycling. How do i begin?

Hi,
I am just taking baby steps towards outdoor cycling, though have been a reasonably strong indoor cyclist . I aim to get rid of my shyness of being on road and plan to participate in Mumbai Cycathalon 12 KM ride. However i am unaware of which bike to use for the event. Could some body suggest what features should be part of an average bike for such event and what sort of cost can be expected?
Rgds,

How the mining mafia plays with nature - Photo Blog

Rape of Aravalis - A Photo blog

Congradulation to cycling enthusiasts for at least making a beginning to put Mumbai and India on the "International Cycling Map" by conducting the country's first "Tour De Mumbai" . Only hope that this event becomes the beginning for future "Tour de cycling races" to be held in India which would also signify the economic prosperity of the country. One need not be a mathematical genius to observe that all country's conducting "International Tour De cycling races" are economically prosperous… Continue

900 km in 95 hrs !!!
Hey adventure freaks, cycling enthusiasts and all those reading this, your eyes might have been widen and eye brows up. Yes! It did happen to me as well, when my friend, Extreme Yashas laid his idea about riding 900 kms alone in just 95 hours in 4 days. I wondered, he is crazy, but his craziness is what makes him so determined, and passionate about cycling.
Passion Work Wonders! His, has worked for him immensely that today, he is in the verge of enrolling his name… Continue

pankaj, my younger son is 11 n half yrs, has cycled with me on and off for the last 2 yrs including a highly strenous day ride in leh!!
he started to join me again on a regular basis now july '09, prefering to get his excercise by biking rather than swim or run!!

july 21 '09 - 1st ride - week before last pankaj came riding with me after a very long break!! and complained about every uphill slope and wanted to turn back after only 8kms.... which is when i just get going!! his… Continue

In touch with a leading cycle mfg for bulk deal.

@ Mumbai : Hi !! Im talking to a leading Bicycle mfg to sort our issue of renting / outright buying cycles if they are willing to give us a steal deal. Do let me know how many of us would be interested so that we can do collective bargaining.
Regards
Rittesh (Mob : +919223210222)

Just returned a two day trip to Kodachadri. What an amazing
place...there are still spots here in our own state / country where
there is no one for miles, undiscovered waterfalls, lovely home stay,
superbly maintained old temples and really warm people along the
entire trail run (plus the added bonus of no mobile access...thank
god).
53 km on day one followed by a 3.5 km hike to a waterfall which even
the locals are unaware off. On day two… Continue

Tour d'Afrique riders arrive in Luxor after 6 days of punishing headwinds, long days in the saddle and thundershowers. 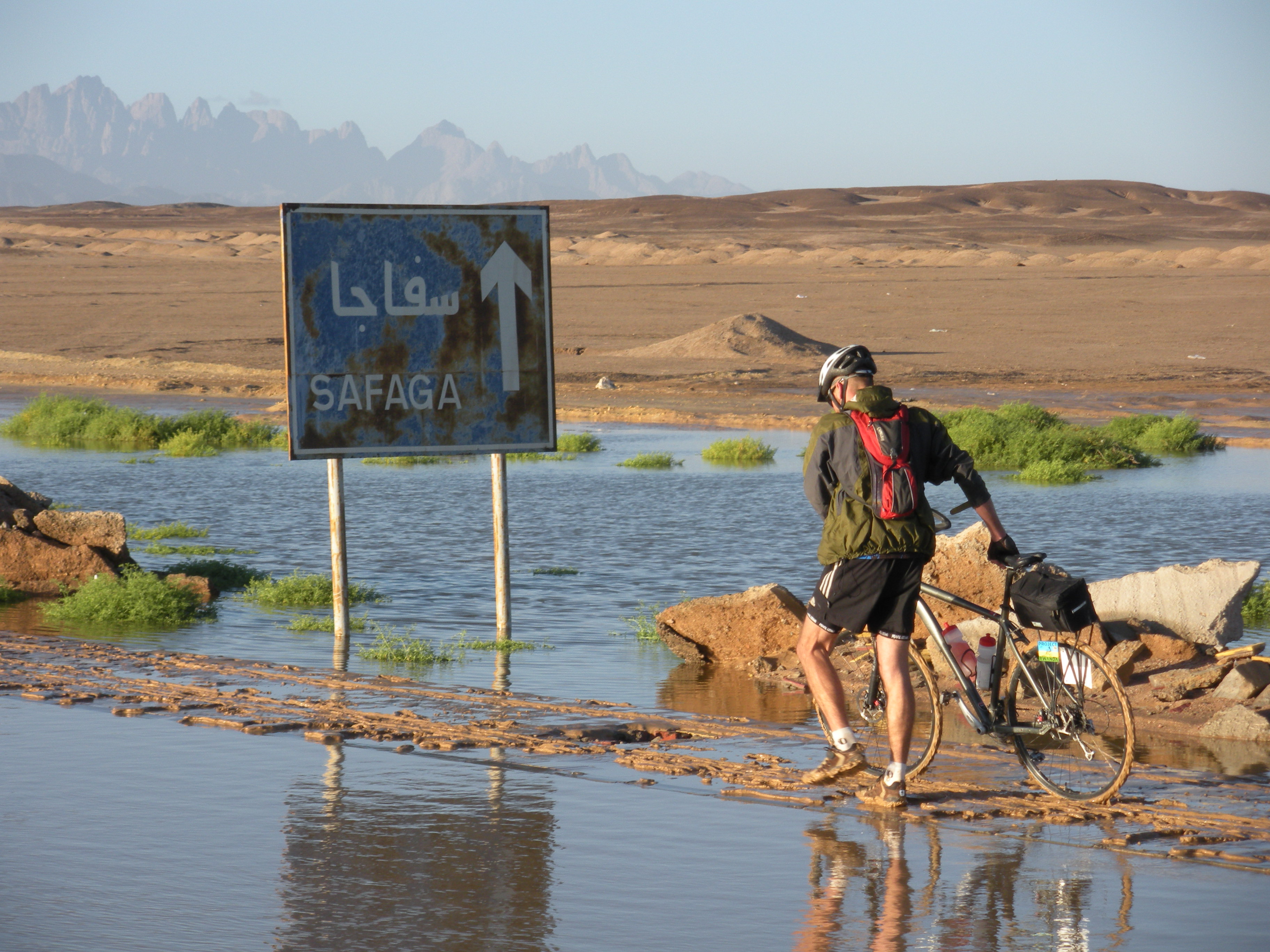 January 26 – (Luxor, Egypt.) The first 700km of the tour have been more difficult than the riders had anticipated. Facing punishing headwinds, a rare desert thundershower and sleepless nights the riders have arrived in Luxor, Egypt for their first rest day.

All riders were able to maintain their Every Fabulous Inch (EFI) status through the first stage. The second stage took the riders 168km away from Cairo along the Red Sea. The winds… Continue

Dear friends,
I am planning on Kodaikanal Munnar- Kodaikanal Charity ride. All the proceedings will be towards environmental protection. We are planning on Planting 1000 trees.

the trip starts from kodaikanal. the first leg of journey will be a smooth windy downhill of about 55 kms to the temple town of palani. the next 45 kms is through the back roads of Tamil Nadu. hardly any traffic and the tarmac is relatively smooth. the area is entirely of paddy fields… Continue

We had our breakfast on the rooftop of the hotel, with a beautiful view over Halol. Most of the kitchenstaff were still asleep (on the rooftop). Before we started cycling we took a auto-rickshaw to Champaner only 3 km away. This is a very old city with old stone walls and lots of old buildings. 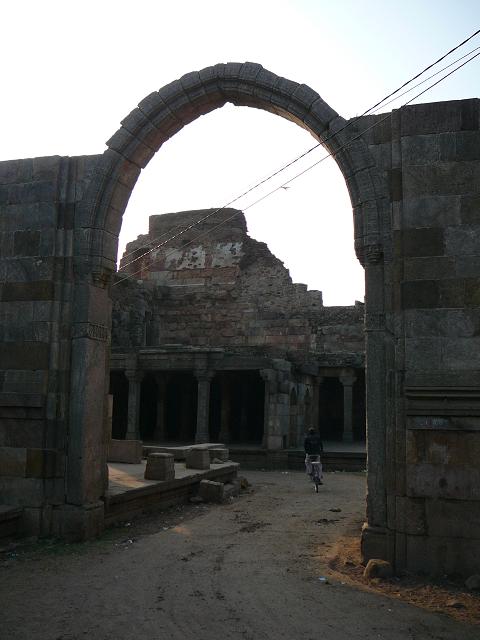 The route to our next goal, Lunawada, was allright. A broad road with not too much traffic and a lot of fairly new tarmac. The scenery was also nice some… Continue

It was great fun. Thanks to all & Amit/Faisal special Thanks to you'll for organising. Hope to hear more soon but non trafic hours would be more fun.

Tour d'Afrique is excited to announce its first expedition to India!

Created as a DreamTour a few months ago by Brenda McLean, the tour has captured the imagination of riders in the Tour d'Afrique community.

The 2011 Indian Adventure will depart from the famous Taj Mahal in Agra on Saturday January 29th, 2011 and head towards the southern tip of India at Kanyakumari. Riders will pass through the colourful desert cities of Rajasthan; Spend a day in the bustling… Continue

I wanted to start experimenting with microcontrollers, and thanks to a great instructible by Justin Shaw, came across this project for a Arduino based Bicycle Brake Light. Group riding would probably be safer, without having to shout out “stopping” or “slowing” to the person behind you. Putting a Brake Light on a cycle usually involved fixing a sensor or switch coupled to either the brake levers or brake pads. With different brake and brake lever types, getting it installed right could turn out… Continue

We left Nashik to go to Saputara hill station. Nashik was nice city, there was a modern part with lots of big shops and restaurants and an old part with a river and lots of temples. We learned that it is a very special place for religious reasons. After we left the city we cycled through grass land with a lot of agriculture. A lot of vinyards but most grapes were grown for raisins and not for wine. Also a lot of big lakes probably for storing water for all the agriculture. It was a very nice… Continue

World’s Longest Cycling Race and Expedition Gets Underway in Egypt Jan. 18 – They’ve come face to face with the great pyramids and pedaled their way to the Red Sea.

Sixty-one brave individuals have begun the first stage of their quest to travel Africa from top to bottom on a bicycle.

Tour d’Afrique is the world’s longest bicycle event, attracting a record number of entrants for 2010, including seven South… Continue

Mumai-Delhi part I: Getting in and out of mumbai

We arrived on mumbai airport at 00.45 on the 15 of december. We had made reservations for a hotel with pick-up service via the internet. It is always a big relief when there actualy is a guy standing there at the exit of the airport with a sign with your name on it. The firts impression when you get out of the airport are overwhelming, the noise, the people, the heat and most important the smell. Your firts sniff of india has it all: spices, flowers, food, people (but also some waste and… Continue

First of all thanks everybody for the encouraging replies to the discussion. Coming days I will try to tell a little bit more about our trip.

For the last 5 years we, that is my wife Monique and me, spend our holidays cycling. In summer we stay in Europe but every winter we go to warmer climates. We have cycled in Thailand, Malysia, Vietnam, Laos, Cambodja, Mexico, USA and already once in India. That was three years ago and we started in Chennai and cycled via Pondicherry, Madurai,… Continue

this may sound basic, and some of you may groan - what the heck.

If you're mounting a cyclocomputer magnet on the front spoke, make sure you put it on one of the two spokes opposite to the air valve. Kinda balances out the wheel a bit. Its a minor mod, but I seen a couple of bikes where this wasn't so.

Here's an example of a wrong mount : 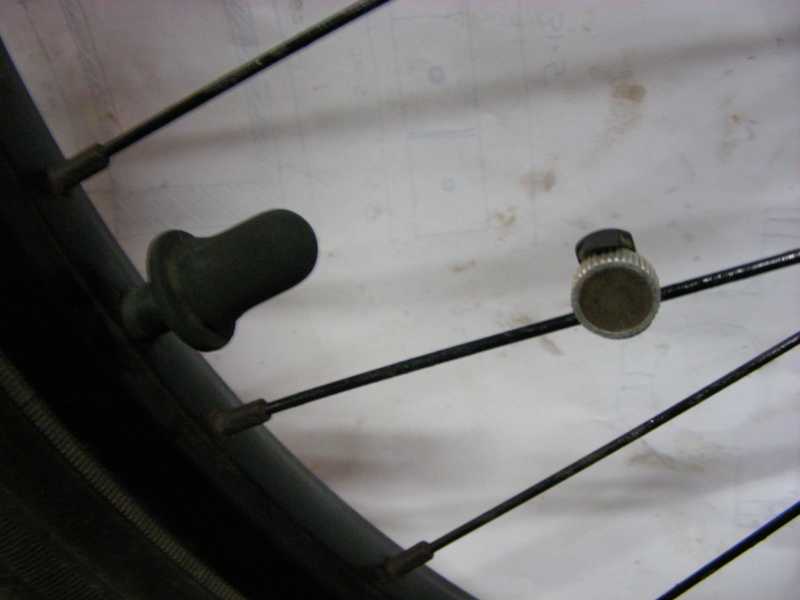 Please don't throw eggs at me for this… Continue